Hi All, at the weekend I received my Mammoth Walker, courtesy of Boss Miniatures with a little help from Warlord Games!

This large and in charge Russian Walker is a significantly heavy beastie and comes in a number of large castings.

We have a large single piece body, a front plate for the lower glacis plate of the hull and a dozer blade in one packet.

In the other packet we have the 4 (yes that’s 4!) turrets, 4 legs and a metal cast rail to go around the top turret.

The turret railing for the top turret is my one and only gripe in this kit.   It’s very fiddly to fit, requires bending to fit by hand and could have done with some indentations in the turret cast itself to help ham-fisted modellers like myself line up the pegs correctly.   They do go on however with patience and time. 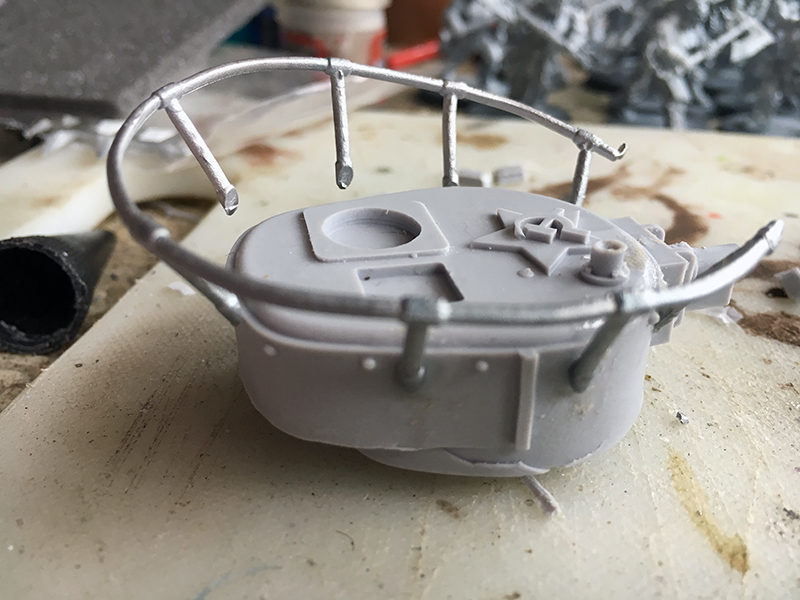 I did get some shots of the Mammoth as I put it together and I will be using these in another article shortly, where I will do a magnetising model kits for ham-fisted modellers. 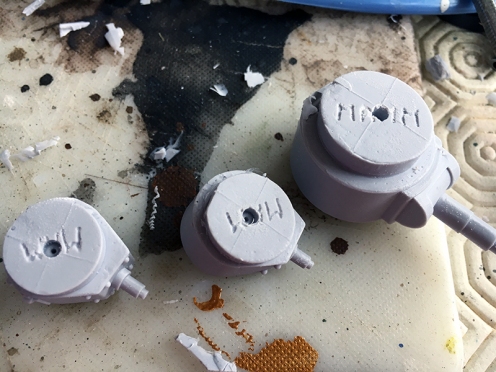 So, minor rail induced rage apart, the kit goes together like a dream.    There was a small amount of warping on the front plate that required warm water to help and then a little green stuff to fill the gaps.   There weren’t massive gaps and again, I would expect this to be well within the grasp of an experienced modeller.  All in all the whole kit (including fiddly rail and filling gaps etc) took about an hour to assemble.   Not bad at all for a model of it’s size.

Once built the kit is very intimidating on the table.   It’s twice the height of most tanks (barring the Kv-2 maybe), on the tabletop it looks like a real monster.    There’s lots of lovely deep detail and I’m going to really enjoy weathering and streaking my kit at some point soon. 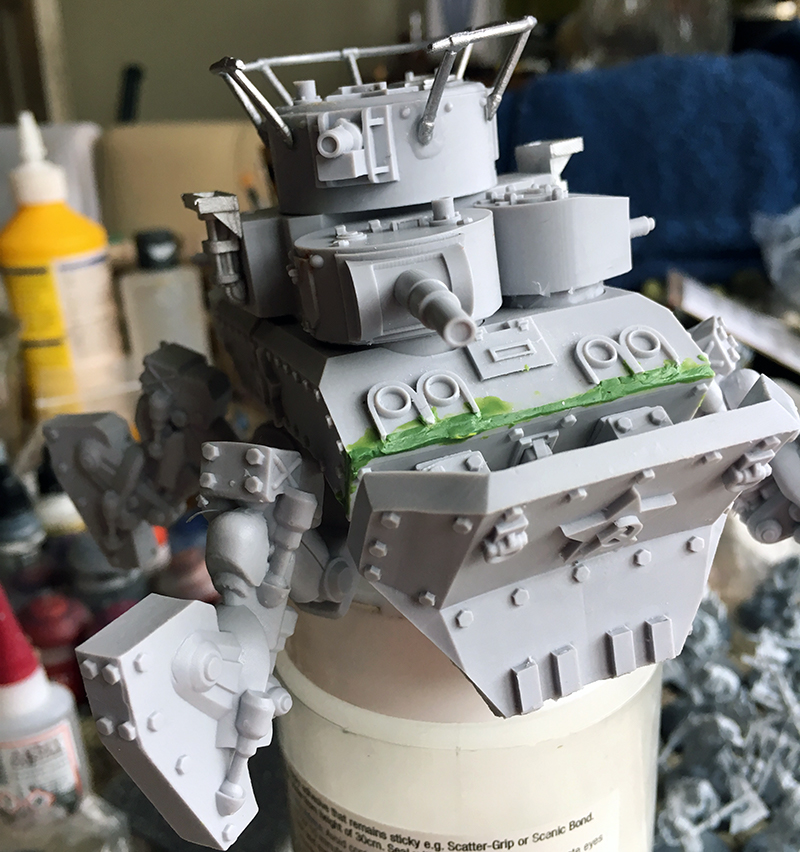 Yes, yes I hear you shout, but what’s it like on the table?

Expensive.     At 445 points for a regular version or 525 points for the veteran it’s not cheap.   The more eagle eyed amongst you will point out that base cost for the Mammoth is 420 points.    In my opinion you take it with the dozer blade every time.     I’ll explain why shortly.

It’s armour 10 all the way around and this (imo) is why you take the dozer blade.   For 25 points you get a 5+ save against any penetrating hits from the front arc.    That’s a must have for a model of this size with armour that is comparatively weak when you consider that this is going to be top of every opposition general’s kill list.

TL/DR  this is the coolest model I’ve ever built.   It will take pride of place in my gaming cabinet when finished.    I will run it whenever I can in games and it will make my opponents very very very happy when they make me take it off, every game, in turn 1!   This isn’t a game about winning, it’s a game about having fun and on those days I delete a unit in one round of fire from my Mammoth, it will all be worth it!

N.B any followers of the Facebook K47 group may have missed a conversation that we had discussing the possibility of a ZP turret for the Mammoth.    The creators of K47 have said that different turrets for the heavy walkers with possibly new Rift Tech Weaponry are on their to do list.   There’s no confirmation yet when, and they’ve asked for our patience but it may well turn this model from being an expensive risky choice to an absolute game changer.    Another reason why you may wish to visit my Magnetising Models article when it pops up!