So, continuing with the Rise of the Robots, one of the first problems I hit was “who should be in charge?”

I have to take a LT, and the only options are human. Then it hit me of course it should be Alan Turing.

For those who don’t know, Alan Turing is one of the fathers of computing, codebreaker of the Enigma and mathematical genius. Being a key part of the work at Station X – Bletchley Park, he was a leading light on the decryption teams that, by most estimates, shortened the war by several years and saved millions of lives.

Seriously, I’d completly gone past it in the reading of the background initally, although we’d discussed this army theme on Rift Tech Radio a few times, but he’s in there!

The automatons are a development of his theories, so who better to put this work into practice in the field and with staion X and SOE having outposts in the middle east, it fir the theme.

As such, I did make the call that the empire would of course looks after one of its crown jewels, so I gave him gallahad armour. 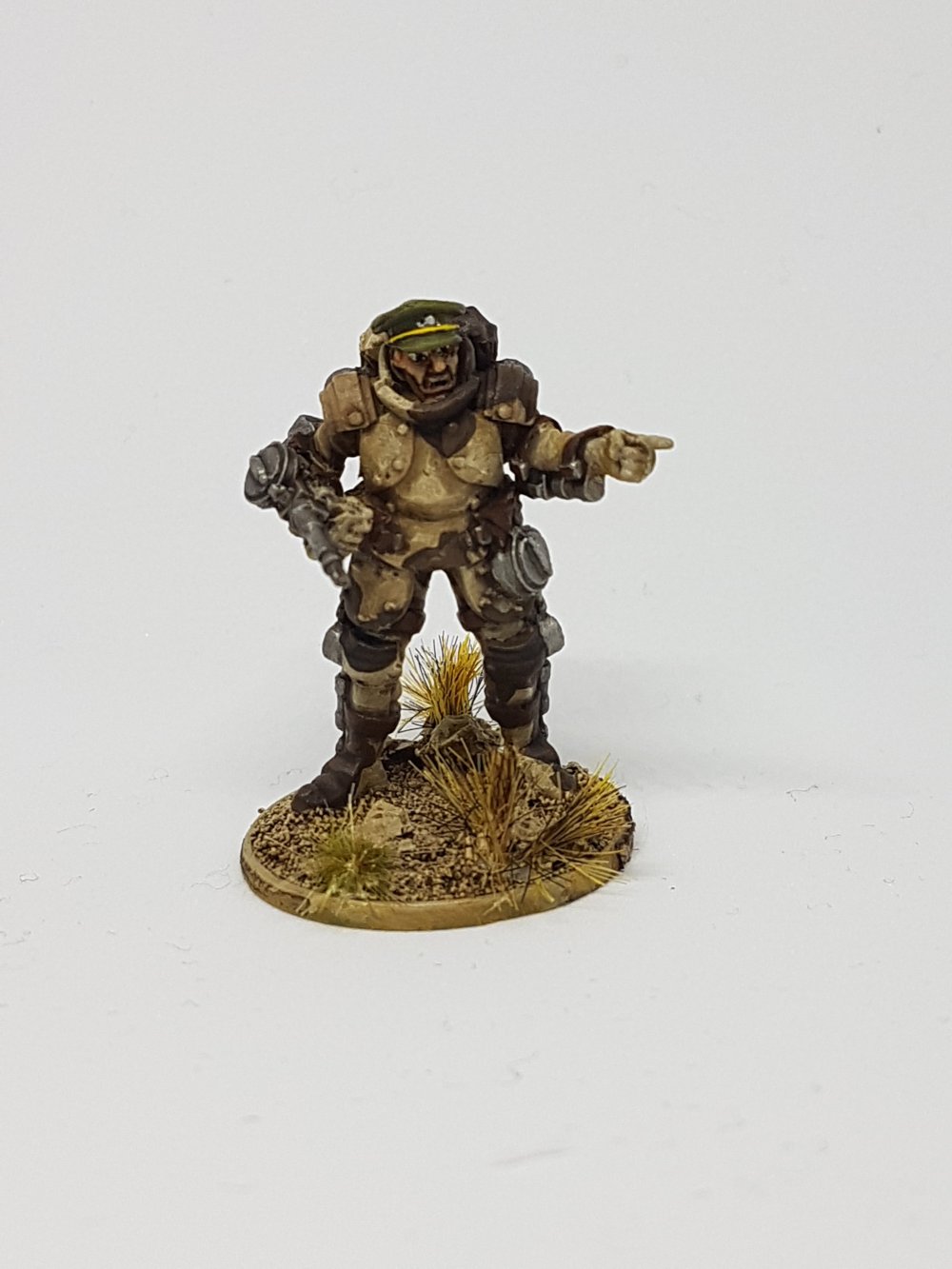 Also I’d been wrestling with how to do his companion, with a strong feeling that Turing should be the only human in the entire force.

One of the Bedworth regulars, Lewis, came up with the simple idea – why not head swap an automaton head on?

Genius. Turing’s second on command was created and naturally was christened Roger 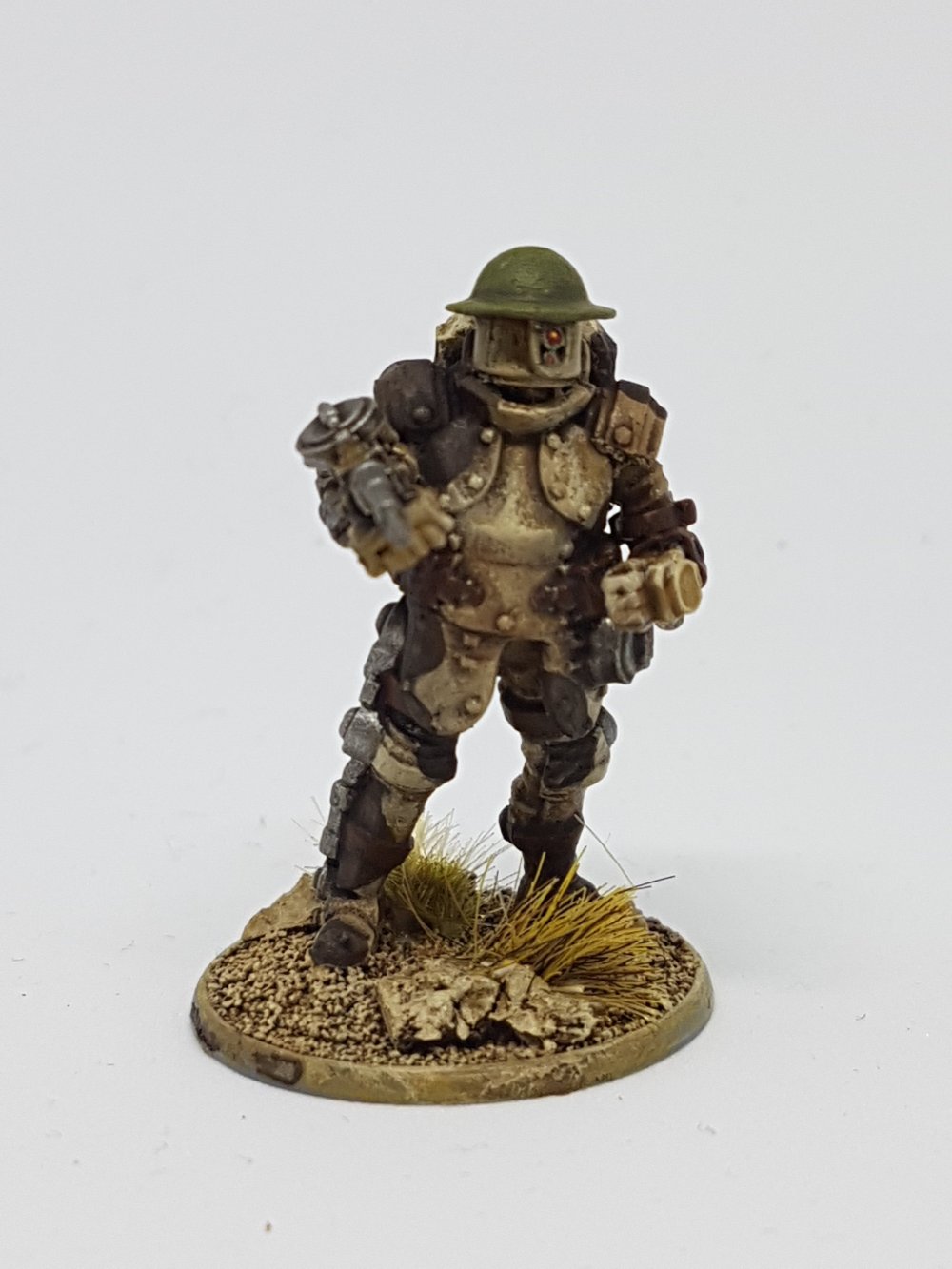 In the past my painting has been let down by the finished product, mainly due to basing. It’s not an area I’ve focused on, and as both the other KO guys have upped thier game, James in particular, I’ve revisted that.

My aim was desert bases, with some foliage to give the minis “pop” and pull them together. I’ve got move trays for most my units, for this one I used a 2 man weapon team base I’d found on ebay. 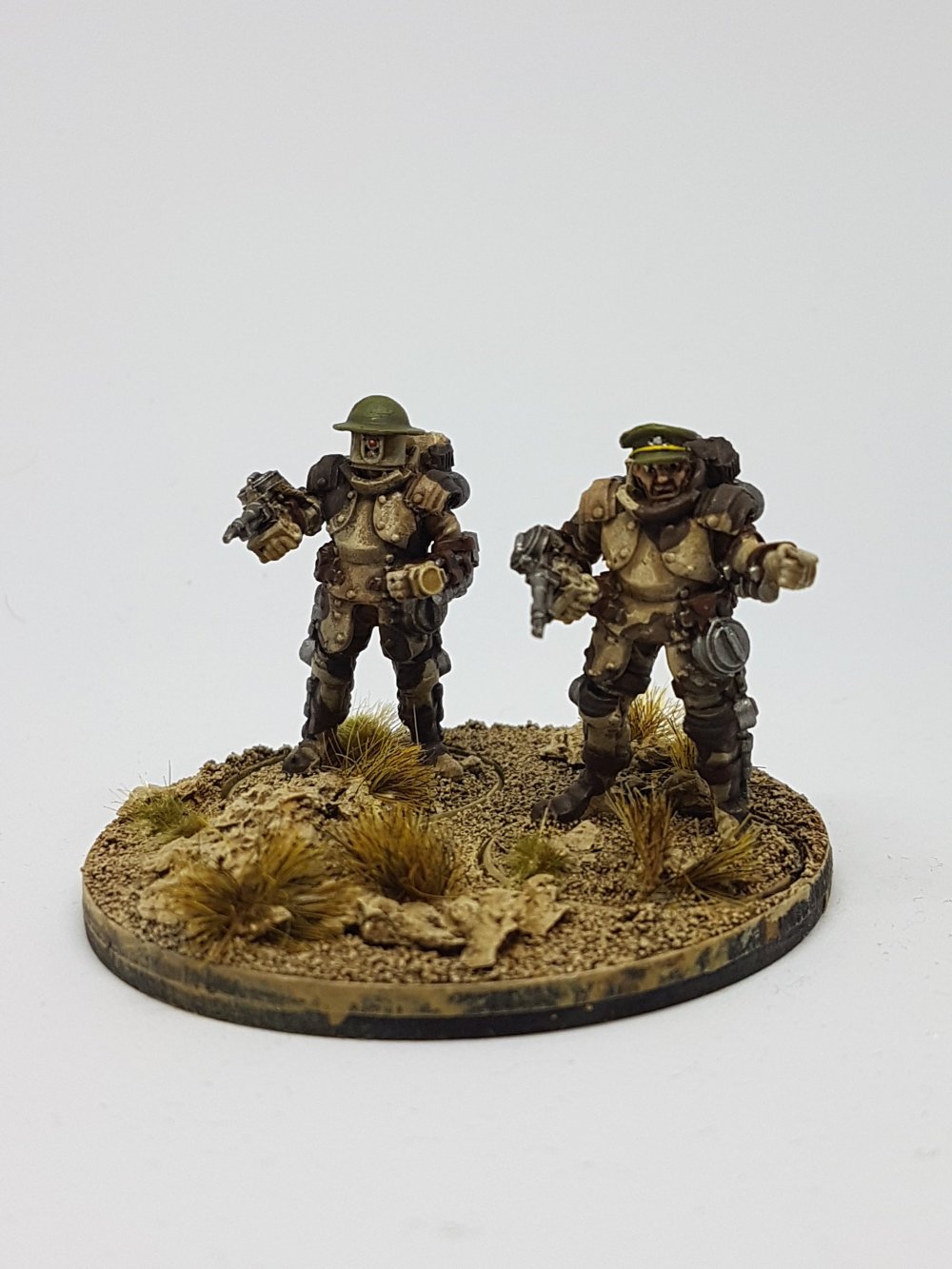 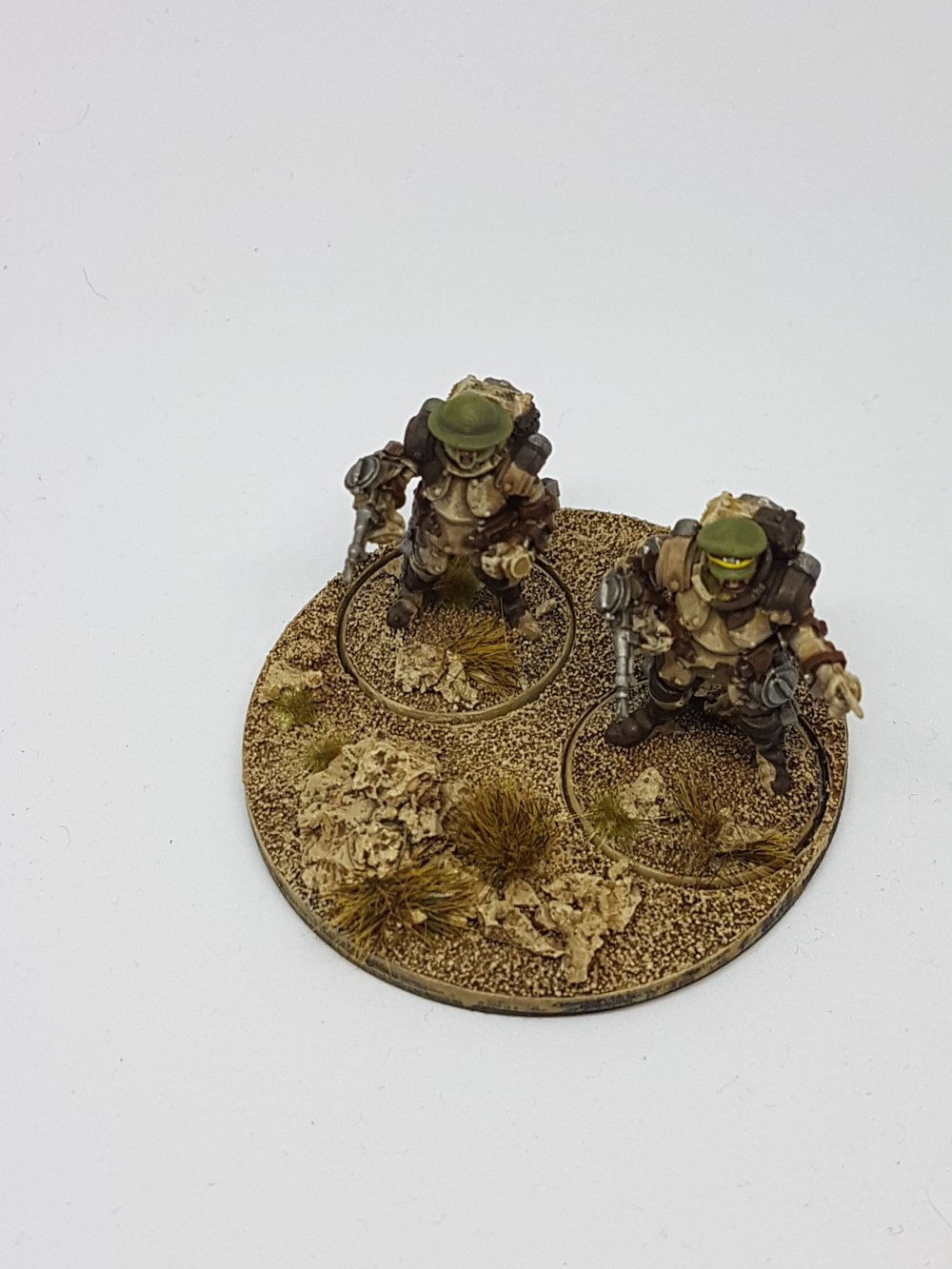 I’m very happy with how they came out and will be contining the basing theme to tie tge army together.

Next time – “The Mechanical Turk” Automated Carrier and PIATs!