So, this is a strange article for me to write. I’ve been painting for almost 25 years on and off with small improvements and sometimes great leaps, but always forward. I am a perfectionist to an extent and with the firm but fair feedback of James and Si I usually spend a lot of time doing my best work possible.

The upshot of this is, like many gamers, a lot of unpainted armies. I have a cupboard which is refferred to as the box of poor decisions where these live silently judging me for my magpie-like tendancies.

It was time for a change, to set myself a challenge a little different: paint a 1000 point army in a month. The army had to be visually distinct and a legal 1k point force.

I was trying to decide which force and was circling my Americans closely, having already got two 1000 point unpainted armies. Then disaster struck and I accidentally bought a Russian army (oh no!).

“But Shipman” cynical readers and my wife would say “how can you accidentely buy an army?” This is usually accompanied by a equally cynical spock-like eyebrow (at least by my wife).

My answer: “Far easier than you would think my friend!” While listening to Rift Tech Radio episode 3 – the Russians, specifically about the artillery special rule, I stumbled across a very good deal on a Soviet Naval Brigade. The fact it was surrounded by 3000 points of other russians is immaterial!

The Naval Brigade have always appealed to me in terms of figures and now I accidentally had a lot of them.

Once the excess was traded or sold and following a visit to boss minis and black tree designs, I was the proud owner of a bunch of sailors.

For those who don’t know, Soviet ships were often used as floating artillery batteries, and Naval Brigade troops fought on land so fiercly they were nicknamed “The black death”.

In terms of my K47 army theme, they would include an artillery observer to bring down fire from thier home ship and a Daughters of the Motherland unit because I like the figures (still better fluff than James comes up with, ask him about the goblin’s magic hat).

So with this in mind, I set to work.

I was looking for fairly quick but striking themes. I wanted the free inexperienced unit to be distinct, so went with a blue uniform for the ‘cadets’ 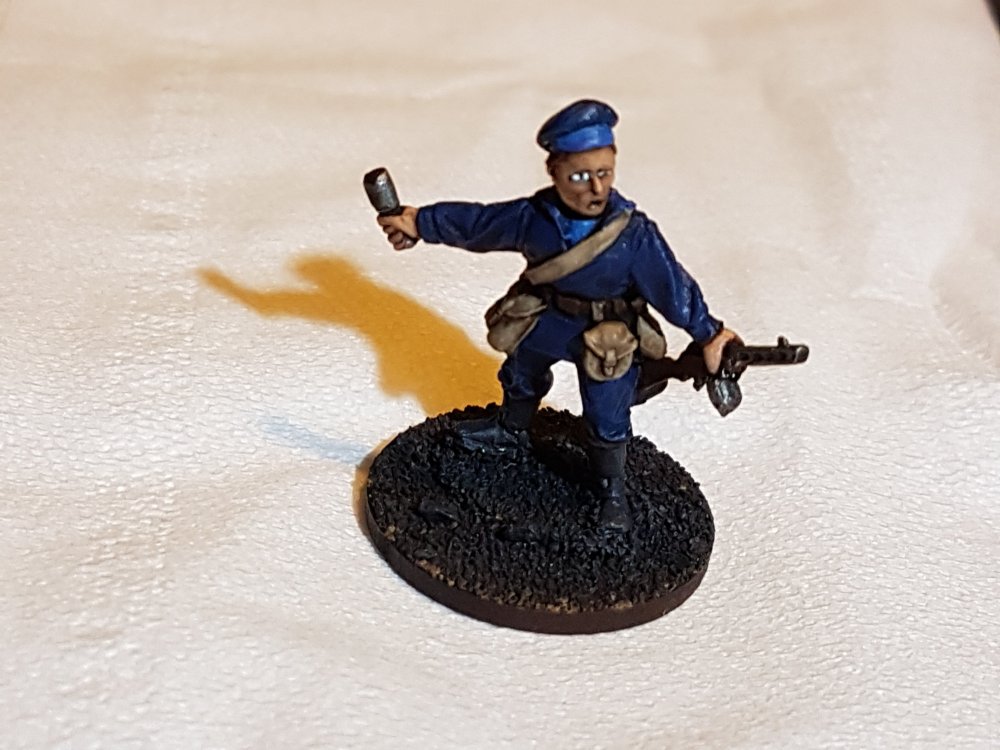 As for the line trooper, I went with the nickname: The Black Death. 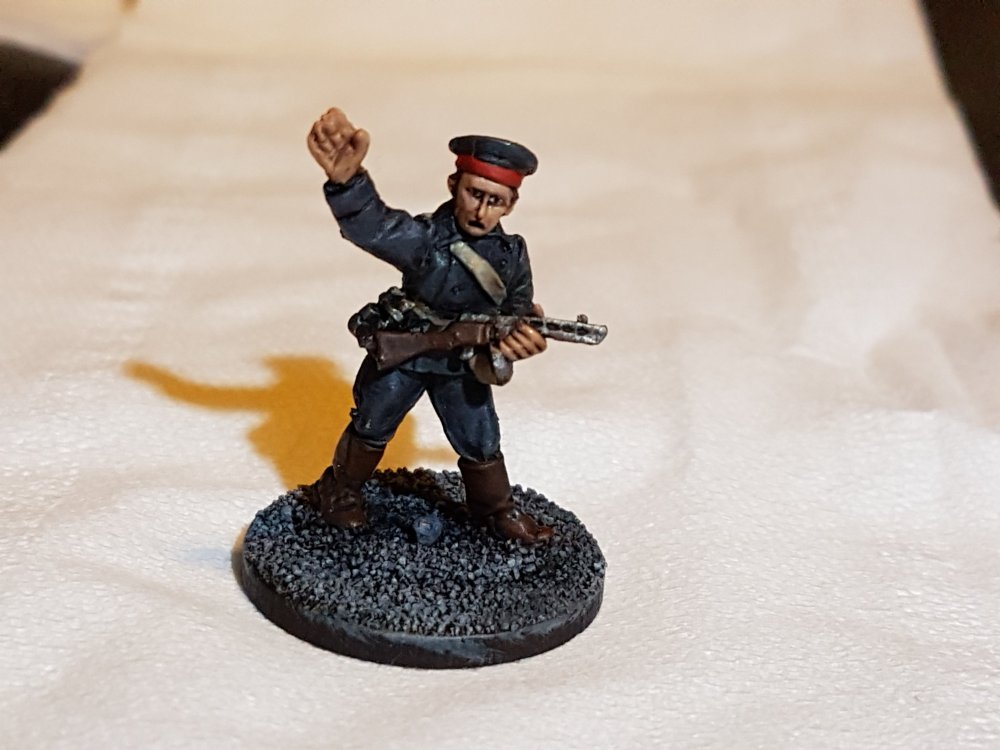 I am aiming for all other units in the army to share at least some black or blue in the scheme to tie them in.

The benefit to both these schemes is they look good, are easy to do and quite quick.

I’ll update on my progress as I go along and add more of the crew of the destroyer октябрь!