As some of you my know, I’m a big fan of the USA Heavy Infantry, including building a themed force around them!

I’d just ordered the parts to take my mechanised wave to 1k points, including the parts to convert these weapon teams, when the actual models were announced.

In essence, I think the models are absolutely awesome and ordered the 2 teams needed for my army!

Clearly you can see how it is a simple expansion of the HI aesthetic. By fitting the fluff and keeping the same base, they have kept the solid feel, which is essential for them to look event remotely capable of holding a honking great bazooka. 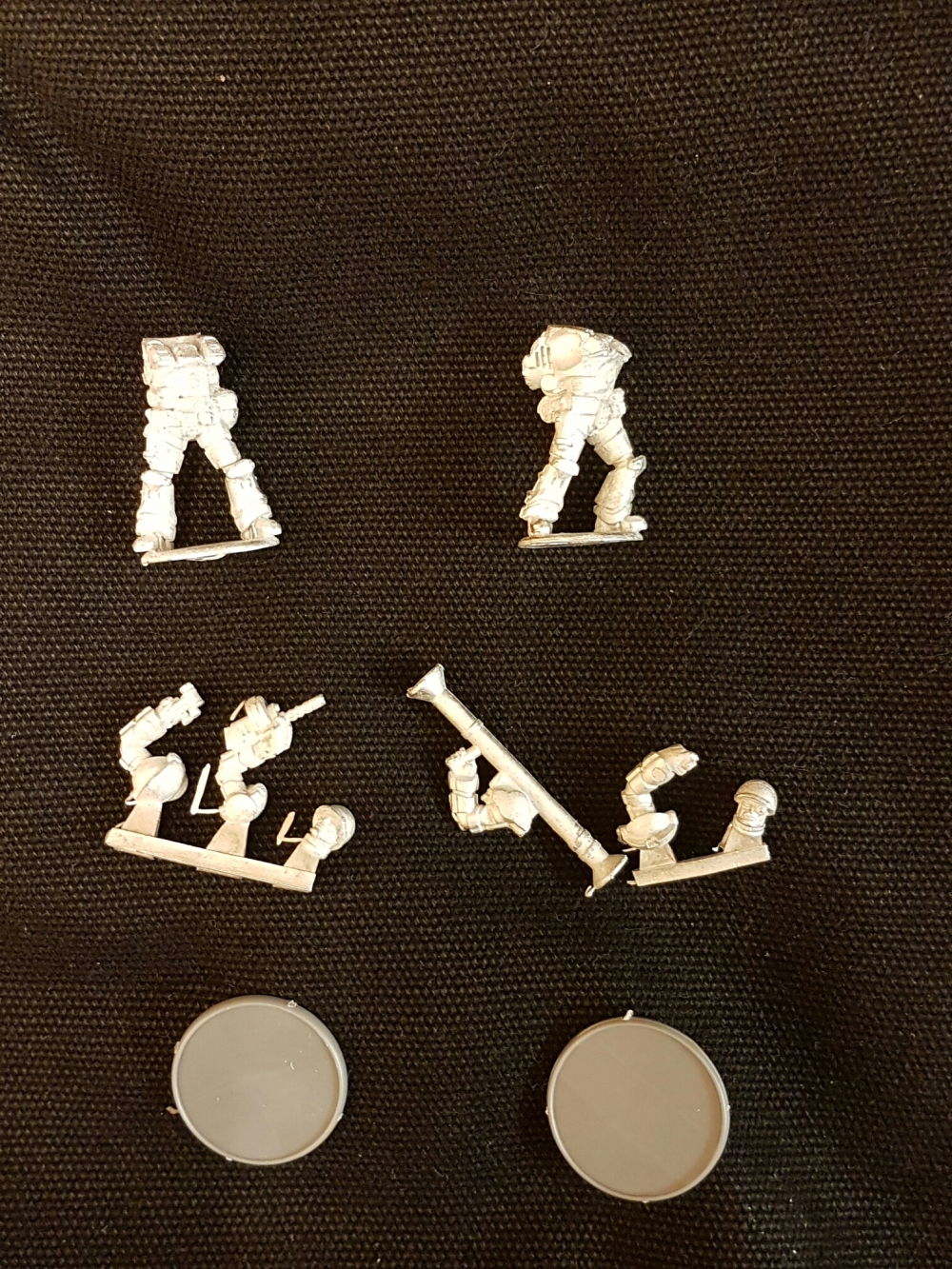 The figures themselves are nice and clean. They seem to be standard HI bodies with arm and head varients to make the team. A nice touch is the loader’s arm holding binoculars, hard to see in the official photo but looks good on the figure in the flesh.

As usual these use the warlord head system, so you can swap in and out for variety. I’ve bought some of the gas mask alternative heads to mix it up a bit!

The finished figures look as per below

In the fluff these guns are given to HI as they can stand the recoil, and looking at the weapons profile, you can see why, as its effectivly a heavy AT gun.

If we turn to page 150 of our books we find the superbazooka team rules.

I love the minis looks and aesthetic, and the rules make them a unique part of the army as mobile, hard to kill, very effective anti tank.

There is going to be 2 units of them in my themed force, but no-one every accused me of being sensible!

One thought on “US Army – More Bang for your Buck! – HI Super Bazooka Review”