Hello all and happy new year to you!

It was Christmas Eve here when I wrote this and before I headed out for a festive pint I thought I’d do a slightly different blog post! It’s going to stray away from K47 a little but still had it in mind!

The past few months with one thing and another my hobby has been non existent which is a shame so I need to rectify that.

I freely admit I’m a gamer more than a Painter and vastly prefer the former, so to motivate me to paint I need events and tournaments. This post is a quick run down of the events I have and my plans plus a bit of a reveal of my next K47 army.

So to start up in January I have a by fire and sword tournament thankfully most of this army is done (I’m playing ottomans) so a few hours work and this will be complete.
Next up I have a Warhammer AoS tournament I was planning to take a Tzeentch army but with the reveals before Christmas this army is on hold till I get the new book!
I also will be attending the saga grand melee this year with a new army based on the late Roman book, thinking Huns but I’ll wait and see!

Last up I’m planning to go to a K47 event in march this year and am planning to take my new Turkish army (Maybe!)

Turkey you say but they don’t have rules! I know but I think they could be a cool and colourful force I’ve started some work on the conversions you can see below 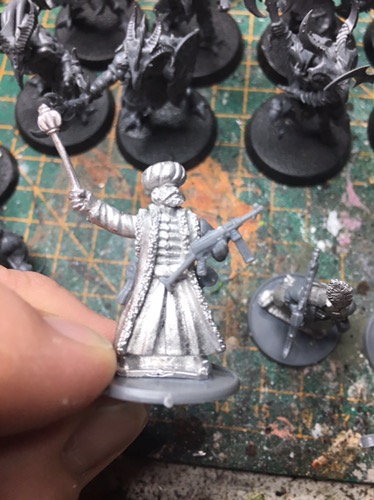 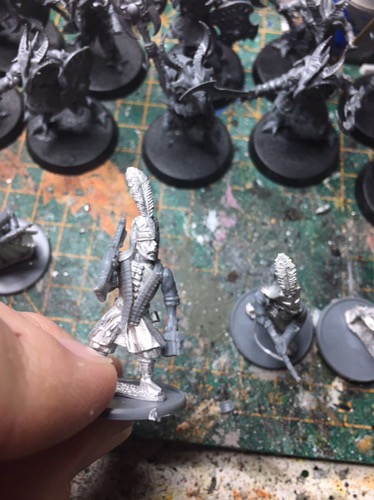 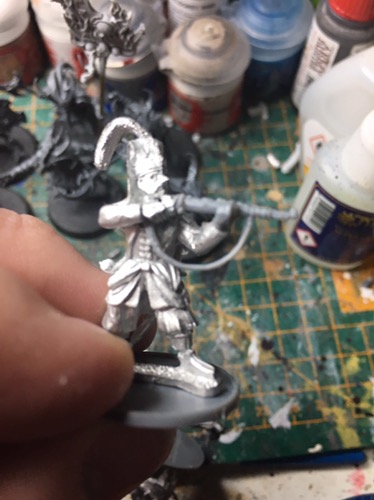 The idea in my head is that the army will be a new Janissary corps created to bring back memories of the old Ottoman Empire in the Turkish people. They get the best of the equipment and training but due to the late entry is still not up to scratch with the other fighting forces. Still dressed in their their traditional robes they will make a startling army on the table.

Rules wise is a bit tricky the Turks entered the war on the side of the Germans in K47 however I already have a German army so don’t want to do another one. In my head the idea my force will have been deployed in the Middle East fighting the British so will use captured equipment. So this leads me to using the British army list but mixing the equipment options (so the M3 halftrack could be a hanomag for example) plus rules wise it lets me pick from the 4 British traits. At the moment I’m thinking of using:

This is based on the idea in my head that this new janissary corps charges into battle music playing and shouting in a brightly coloured display that would put most enemy off!
My draft 1000 points looks like this

Currently 2 points under but it gives me a target to work towards!
Happy new year!

If you’ve any comments I’d love to hear them 🙂

Of course the above is all subject to time so I might end up playing my Germans after all!

3 thoughts on “A look ahead and Turks! ”